No No NO! I Will NOT let this happen! – Dealing with a child with behavioral issues: Total Transformation #15

Big scare this week at bedtime as Middle Dude came and told me he was afraid again.  Apparently Littlest Dude threatened him (And I don’t even want to repeat what he said)

And it was over something really dumb.  An accident, and really really minor.

The training whirled around in my head until confusion took over.  I did manage to sit down and talk to Littlest Dude, but I really should have scrambled for my “8 Step” card, because I’m sure I screwed it up.

And the weird thing is, the next day everything was sugar and spice again.  I don’t expect perfection, but after living for a few months without fear, I didn’t like having that in my house again.

A few days later, there have been no more incidents, but Littlest and Middle Dude are fighting a lot.  Littlest is not flying off the handle like he used to, and I am sure to praise him all the time when he’s good, but when he forgets to step back and think over his new bag of tricks… oh, it is just not pleasant.

I have to remember that he is not “fixed”.  The ADHD is still there, and always will be.  I just have to keep coaching him until proper behavior is a “habit”.

We’re almost there, and I will fight tooth and nail to keep going down the right path. 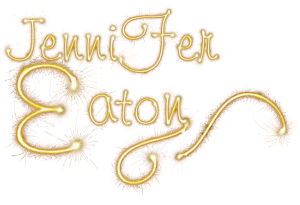 Like Loading...
This entry was posted in Total Transformation and tagged ADD, ADHD, Adhd In Children, ADHD In Teenagers, Attention deficit hyperactivity disorder, Behavior, behavior problems, Diagnostic and Statistical Manual of Mental Disorders, Health, United States, violent behavior in children, what to do about a bad kid. Bookmark the permalink.

17 responses to “No No NO! I Will NOT let this happen! – Dealing with a child with behavioral issues: Total Transformation #15”