Wait… Where are the Dragons? A review of Dragon Weather

Posted on February 17, 2017 | Comments Off on Wait… Where are the Dragons? A review of Dragon Weather

Dragon Weather by Lawrence Watt-Evans (Hard Cover) This book was published in 2000, and came on my radar because a friend told me it was one of 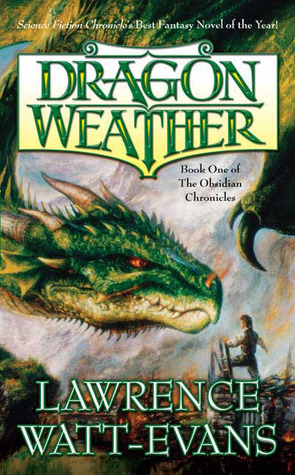 the best books she’d read. Any hey, dragons… I was all over that. Unfortunately, this is a case of “different strokes for different folks.”

Problem #1 Look at the cover. Does that look like a nasty dragon to you? I may be off my rocker, but that dragon looks like he’s smiling. The rest of the scene on the cover makes sense. Smiling dragon? Ummm… No. Unless the dragon smiles as he torches the entire village.

That brings us to problem number two. THIS IS NOT A BOOK ABOUT DRAGONS.

Say what? It’s called Dragon Weather. There is a dragon on the cover.

Yes, yes there is. At the beginning of the book, dragons attack this poor boy’s village and destroy it. This is the event that starts the boy on his journey. A few chapters later, though, he is now a man. Yes, he is on an epic journey, but the book then is no longer about dragons. It is about revenge. He wants to kill a bunch of men who looted his village after the dragon attack, and then sold him into slavery. Okay, I get wanting revenge, but this isn’t the story I wanted to read. I found myself skimming 10, 20, 50 pages of (what I felt was senseless) looking for these men, instead of looking for the dragons. Yet I plodded on, waiting for an epic dragon battle. *****SPOILER ALERT**** There isn’t one. You do not get to see the dragons again in this very long, drawn out search for a handful of men, and then challenging them to duals so he can pick them off one by one.

Now, if you like a good revenge story, and you like “journey” novels, this might be the book for you. If you are looking for an epic dragon tale, I’d steer far away. 480 pages is far too long for a journey that ends in disappointment. 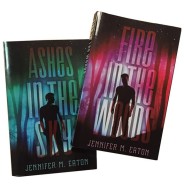