Everyone jump on the Thrill Ride! A review of Thrill Ride by Julieann Walker

Posted on August 4, 2017 | Comments Off on Everyone jump on the Thrill Ride! A review of Thrill Ride by Julieann Walker

Thrill Ride by Julianne Walker (Audiobook) Oddly enough, I really enjoyed the character of OZZIE in this book. He was so much more fun as a side character here than he was in his own book, Wild Ride. 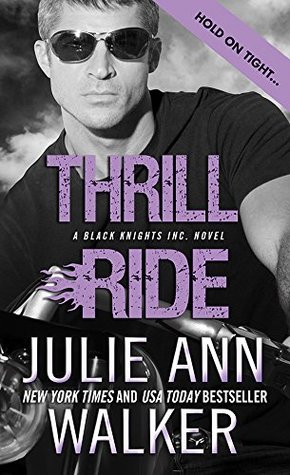 Anyway, this is a story about an ex Navy SEAL now top-secret operator with the Black Knights, who has gone rogue, accused of killing several men. One of his teammates risks her life to search the jungle for him, hoping to bring him back to clear his name. Unbeknownst to her, the CIA placed a tracker on her, and she has led the CIA straight to him.

This is another great action adventure romance from Walker. I love how she lets us get to know the side characters as well as the mains. This makes it all the more thrilling when we get to experience books revolving around the characters that were once sides. (If that makes sense)

I give this one two enthusiastic thumbs up. (And five stars to go along with it)