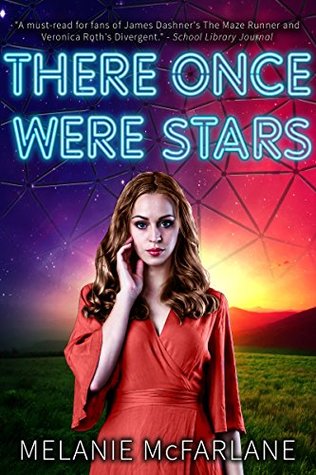 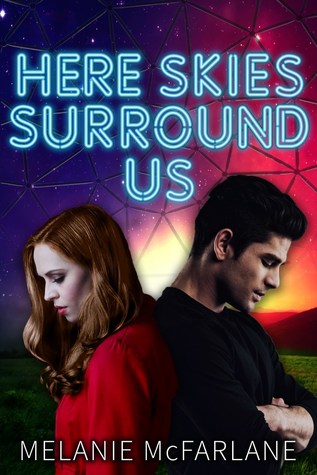 When it came to developing the dome, I researched biodomes, ventilation systems, and basic engineering. I stayed away from writing any hard science, and let my imagination take over from there. To do this I focused on three things, making them important to the plot – the exterior had to be able to withstand a nuclear war, the Outer Forest needed to exist inside the dome’s interior ring, and the Axis had to be able to reach the top of the dome’s center. After that, researching the Outer Colony for Here Skies Surround Us was a breeze – basic construction and water filtration became key. Book three would be a mix of both – so it will be interesting how that pans out.

Whether it’s uncovering the corruption of the future, or traveling to other worlds to save the universe, Melanie McFarlane jumps in with both hands on her keyboard. Though she can be found obsessing over zombies from time to time, Melanie focuses her powers on writing young adult stories to keep the rest of the world up reading all night.

About THERE ONCE WERE STARS

Peace. Love. Order. Dome. That’s the motto that the Order has given the residents of Dome 1618 to live by. Natalia Greyes is a resident of Dome 1618, a covered city protected from the deadly radiation that has poisoned the world outside for four generations. Nat never questioned the Order, until one day she sees a stranger on the outside of the dome. Now Nat wants answers. Is there life outside the dome and if so, what has the Order been hiding from everyone?

About HERE SKIES SURROUND US

Nat leaves her home, Dome 1618, just as they begin to colonize on the outside. She travels with Evan to his home, Dome 569, to deliver a replica of the immune serum and allow Evan to report back to his mother, Caroline. But when they arrive, members of the “New Order” take them into custody and Nat and Evan are separated, once again.

Like Loading...
This entry was posted in Author Interview and tagged here skies surround us, Jenifer Eaton, jennifer M. Eaton, Melanie Mcfarlane, there once were stars. Bookmark the permalink.