As an author, I like to study people who are very different from me.  I try to figure them out… what makes them tick… why do they do the things they do?  Why do they think like they do?

I started pondering this last week when I wrote the last lines of my “Book Banning” article, and asked you guys not to bash any of the groups (probably religious groups) for not liking the books on the list.  I was thinking over why it was so important to me to make sure that no one singled out a religion. 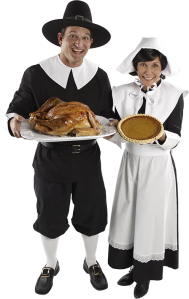 Several years ago, I found out that I’m going to Hell.  Someone who is unfortunately bound to me by marriage informed me of this.  Kind of makes things awkward during Thanksgiving dinner.

Let’s think about that…

Until I met this guy, I was the most religious person I knew.  My friends and co-workers knew this.  They always apologized when they cursed in front of me (jokingly) and many asked me to pray for them if they were in need.  No problem for me.  I’m happy to do it.  God and I are pretty tight.

But now, apparently, I am going to Hell—so, I asked this guy “why”.  What do you believe in that I don’t?  Through discussion, I found out that we both believe EXACTLY the same thing.  So, why am I going to Hell?

Because I do not worship in the same church he does.  And apparently, everyone but his church is going to Hell.

I hope Hell is a pretty big place.

Unfortunately for me, this snowballed.  I moved.  Now I find myself in an environment where almost EVERYONE around me believes this, and they openly condemn my religion.  Holy cow!  Talk about the “Don’t know don’t tell” policy.  I’ve learned to live with this, though.  Rather than “coming out” and putting my head on a block for being “that religion” I just keep my mouth shut.   (Yeah, sounds meek, but it’s just not something I want to deal with.  It’s personal.  Politics and religion – keep it to yourself.)

What really bought this to my boiling point, was a recent dinner I had with a bunch friends.  Out of the blue, they started bashing my religion.  It was mild, and none of them said I was going to Hell, but it shocked me.

These people didn’t even think to ask if anyone was of that religion before they started bashing.

Now, I could have answered all their questions, and set them straight.  In retrospect, I probably should have— but in an eight-on-one situation, self-preservation instinct took over.  I kept my mouth shut, and just “observed”.

From a character study perspective, I try to understand how people like this can think of themselves as so much better than anyone else.  How can they quote scripture, while going against scripture at the same time?  I’d love to really get inside one of these people’s heads just to “understand.”

Any one of them would make a great character in a novel.  Talk about adding tension!  The problem is without completely understanding how these people are wired, I am not sure I could do them justice without making them seem like….  Ummmm…  Well…  let’s just say without letting my personal opinion of their outlook slipping in.

Creating a monomaniacal villain is easy.  They are a little tainted in the head.  That’s accepted.  But these people are “normal”, but really contradictory.

How do I create a character that thinks they are humble, preaches how humble they are, but actually has the worst case of a superiority complex I can think of?  Hmmmm.  Tough one.

I wonder though…. I hope I’m not the one with the superiority complex because I don’t think everyone in the world is going to Hell.

Since I am in the minority now, maybe I need to do a character study on myself?  Maybe I can ask the Little Blue lady from Mars to help me.