Serial Killers Anyone? Nighttime is My Time by Mary Higgins Clark

Nighttime Is My Time by Mary Higgins Clark (Audiobook) This is a serial killer murder mystery. The Killer, “The Owl” was picked on by a group of girls in the first grade. Coming into contact with one of them years later triggers him to start killing them one at a time in the order in which they are seated in a picture of the girls at the lunch table from high school. This was an interesting 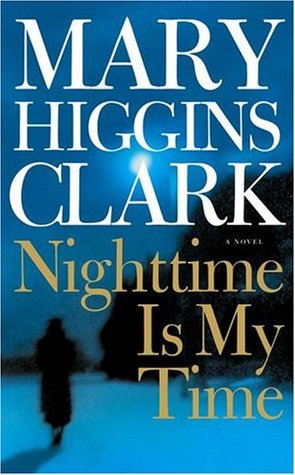 story, and I liked how just about everyone had some motive. I also liked how in the last act, the reason for the murder switches a bit. In the end, though, I was not aghast when the murderer is unmasked. In fact, I wasn’t really sure who he was. I think that had to do with the fact that there were so many characters that I had trouble keeping them straight. There were quite a few characters that were very defined for me, but the murder did not stand out enough in the scenes when he was just hanging out with friends to make me like/dislike/or even suspect him. Because of that the ending reveal was a bit lackluster, but I did enjoy the ride to get there.