What’s your writing nemesis? And Win a Kindle Fire! 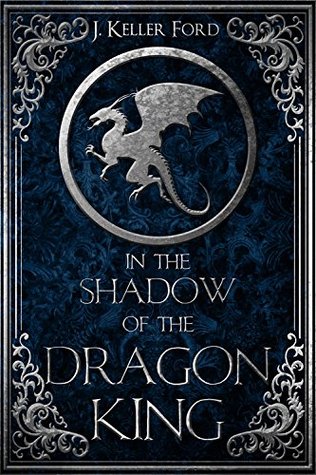 If you’d like to see my son’s review of Book on, In the Shadow of the Dragon King, click here.

Welcome back Jenny! My son is grumbling that he can’t start Rage of the Dragon King because he has too much schoolwork.

Yup, always! So, while you’re here, can you talk a but about what keeps you from writing? You know, like a writing nemesis?

Oh, wow, Jennifer, what a great question, and such an easy one to answer. In a nutshell, my writing nemesis is myself.

I am such an insecure person it’s not even funny. I never think I’m good enough at anything I do. There is always a better mom, a better wife, a better friend, a better writer. Sometimes I feel you could put me next to another person and we could write the same exact story, yet his/hers would become a best seller, and mine would end up at the bottom of a kitty litter box. Sometimes, I get so down and depressed, I think “Why try?” So, I don’t. I go into shutdown mode, and the story sits there and waits. Sometimes its days; other times its weeks or months before I decide to get back to work. My own self-doubt can be so crippling at times that I wonder how I ever completed three novels.

I’m not sure what it is that kicks in that sends me back to the writing cave. Maybe it’s my inability to leave anything unfinished. Maybe I do it because I know others are counting on me to do what I said I was going to do. Sometimes, I return because I think whatever I’m writing isn’t too bad. In truth, I think it’s a little of all three.

I’m getting better (I think), at least, I’m trying to. I really need to stop comparing myself to other authors and be happy with the author that I am. I mean, not many people can say they’ve been published at least five times. That’s an accomplishment, right? I suppose I need to get out of my own way and be happy with the successes I’ve had, instead of dwelling on those I wish I had. It’s easier said than done, but I’m evolving. Maybe someday, I’ll break free from the chrysalis I’ve placed around myself, spread my wings, and fly. Sounds like a plan, eh? J I mean, who knows. I could be a best-selling author someday. It could happen. Maybe.

Thank you for having me today, Jennifer. It’s always an honor to sit and chat with you.

Thanks for stopping by!

Giveaway! One lucky reader will win a Kindle Fire! Click here to enter!

About Rage of the Dragon King

David and Charlotte paid their dues. They traveled to another realm, battled the Dragon King, recovered the all important magic key to the mage tunnels, and found the heir to the throne of Hirth, as promised. Now it’s time to go home. There’s just one problem: the powerful crystals needed to activate the tunnels have been stolen…and David’s parents have mysteriously disappeared along with them. Guess who’s not going home to Havendale anytime soon.

Eric Hamden, squire extraordinaire, survived the poisonous knick of a shadowmorth’s blade, rescued the king of Hirth from the bowels of the dragon’s lair, and confronted a heartbreaking betrayal that nearly got him killed. Still reeling from the news, Eric sets his sights on a daring rescue only to wind up in a prison of his own with David and Charlotte at his side. But rescues come in strange ways, and before they know it, the three end up in David’s hometown of Havendale…and Eric gets a quick schooling in Modern Life 101. He’d rather fight a dragon.

With secrets, lies and betrayals meeting them at every turn, David, Charlotte and Eric soon discover that Havendale isn’t the sanctuary they’d hoped for. Even their best-laid plans can’t prepare them for the danger that stalks them. This time, no amount of magic or prayers can save them. War has been declared, and in the final battle, someone must make the ultimate sacrifice. Let the battle begin.