There is a book out there that’s better than yours

I’ve been told time and again that there are thousands of books out there looking for representation that are as good as or better than yours. It’s just one of those “slap in the face” things that you are told when you start out in writing to make sure you understand that there is fierce (but friendly) competition in the query-market.

Up until today, I had read quite a few beta novels that were as good as my work, or would soon be just as good.  I throw out my pom poms and wish them all the best as they begin to submit.  I do.  Really, I do.  I am THRILLED when I hear that someone lands an agent or gets something published.  I think it’s awesome!

Is the story like mine?  No.  Not at all, but it is Speculative Fiction.  So, what scares me?

Swirls of emotion go thorough you when you are touched by something so deeply.  You begin to question yourself. Is your novel anywhere near this good?

You push aside all the accolades you’ve received.  You forget that people have told you how much they like your book.  All you can do is envision THAT OTHER BOOK sitting on an agent’s desk, right beside your own.

I contacted the author to let them know how I felt about their story, and to make sure they shoot for the stars, because this is where that book belongs.

I could feel the gushing coming through on her response.  And she should gush… all the way to a six figure advance.

How am I? Well, after downing a vat of Chocolate Almond Fudge ice cream, I slapped myself upside the head.

Her novel is NOTHING like mine.  There is even a possibility that someone might pass hers over and reach for mine because they have not seen a good high-paced alien explosion novel lately.

The publishing industry is so odd and unpredictable that you can’t know what will happen.

If she emails me in a month and tells me she landed an agent and a big six contract all in the space of a week, I will not be angry.  I won’t be surprised either.  I will do a happy dance of joy for her, because she will deserve it.

And then I will send out another query as I toast her success.

Yes, there will always be another novel out there that is better than yours.  But somewhere in the world there is an agent or publisher who will pick up yours and say “Holy cow! THIS is what I’ve been looking for FOREVER!!!”

For now, I think I might need to get another half-gallon of ice cream. 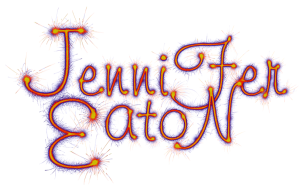