Taking a deep breath and admitting “I can’t do it.”

When I was offered a three-book-deal for FIRE IN THE WOODS, I knew it came with some pretty serious deadlines.  But being the psycho I am, I took it as a challenge.

The first challenge was to come up with a concept for Book Two, outline, write the book, beta the book, polish and submit ALL WITHIN 4.5 MONTHS. (While promoting the high-speed release of book one)

However, in order to make the deadline for book three, I needed to start the next book during the beta-reading process of book 2.

That DID NOT happen.

But I thought I would be okay.  I still had four months to write book three. (Same deal: come up with a concept, write the book, outline, write the book, beta the book, polish and submit)  Heck, it was only two less weeks. I could pull that off, right?

In act two, I got hung up. The writing came slowly. It was not writer’s block, per say, but I just SLOWED DOWN.  On such a tight deadline, it killed me.

Did I finish the book on time?  Yes–and no.

I did finish the first draft two days before the deadline, but it was just that — a first draft. No one had read it but me.

I am in no way vain enough to think I can write a perfect first draft in four months and just hit the submit button. Nope. No way.

Enter my beta-reading army, who had already been through the first fifty pages by then (I do not recommend sending out part of your book to beta before you are done – I did this only out of necessity)

Anyway… These people have lives of their own, and it was unrealistic to ask them to finish a concise developmental edit and proofread in a few days.

So I had to take a deep breath,

and ask my publisher for an extension.

I now have an extra month to get the final draft in.

Whew! What a relief…

Until my bubble burst and my edits for Book Two came back.

Both novels are now due on the same day. 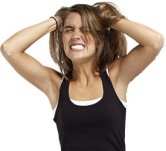 No pressure at all!

The good news is the developmental changes are minor for book two. I actually let them sit for a week while I finished reviewing beta comments for the third book.

And at this point, I firmly believe I will be handing both books over with a smile in three weeks.

Sooooo… that’s where I am.  A little bump in the road, but I don’t think it is a production-stopper.

A year ago, if you told me there would be three FIRE IN THE WOODS books I would have laughed at you… and here they are. And even though one is not completely polished yet, I am pretty proud of them. There is a whole lot of trouble that two teenagers can get into if I put my mind to it.

How’s your writing been going? 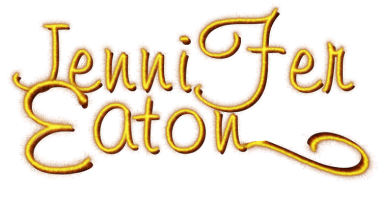 Like Loading...
This entry was posted in Biggest Mistakes New Writers Make and tagged ashes in the sky, Contract, embers in the sea, fire in the woods, jennifer eaton, jennifer M. Eaton, writing, writing to a deadline. Bookmark the permalink.

13 responses to “Taking a deep breath and admitting “I can’t do it.””