First of all, Congrats to last week’s winner: J.K.Ford

You’ve received a free copy of “Torn” by Keri Neal.

Why are you tired?

I stayed up late last night watching a movie.

Well at least you were having fun.

It was not fun!  It was horrible.

Such a sad story! What a Tragedy!

What was it about?

This mother trying to save her baby from a serial killer.

What was it called?

[Presses her lips together] I’m… not going to go there.  So, are you ready for the interview?

Yes. Maybe it will cheer me up.

Let the stupid author in.

So, who are you

and what do you want? 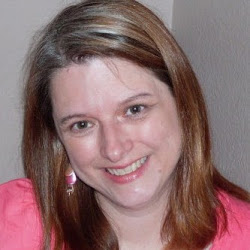 I’m Denise Moncrief and I’m just a writer who wants to sell a few books.

Is that too much to ask?

Why do you think your book is good enough?

Because…because… sheesh, because I wrote it.

Why would anyone want to read it?

You don’t know anything about her!

She reminds me of Sigourney Weaver.  That brown hair… those beady eyes… I don’t like Sigourney Weaver anymore.  She’s mean to poor alien mothers just trying to protect their babies.

But this isn’t Sigourney Weaver.

Please give her a chance.

Tell me what your stupid book is about.

I’m so glad you asked! Tess Copeland is an operator. Her motto? Necessity is the mother of a good a con. When Hurricane Irving slams into the Texas Gulf

coast, Tess seizes the opportunity to escape her past by hijacking a dead woman’s life, but Shelby Coleman’s was the wrong identity to steal. And the cop that trails her?

He’s a U.S. Marshall with the Fugitive Task Force for the northern district of Illinois. Tess left Chicago because the criminal justice system gave her no choice. Now she’s on the run from ghosts of misdeeds past—both hers and Shelby’s.

Enter Trevor Smith, a pseudo-cowboy from Houston, Texas, with good looks, a quick tongue, and testosterone poisoning. Will Tess succumb to his questionable charms and become his damsel in distress? She doesn’t have to faint at his feet—she’s capable of handling just about anything. But will she choose to let Trevor be the man? When Tess kidnaps her niece, her life changes. She must make some hard decisions. Does she trust the lawman that promises her redemption, or does she trust the cowboy that promises her nothing but himself?

Is that supposed to sound even remotely interesting to me?  I just got back from Texas, and it was nothing like that.  It was far more interesting. Stupid book.

Who are you calling stupid?

You, Stupid.  And Sigourney Weaver rules.

That was another stupid alien who deserved everything it got!

What?  How dare you!

[Fumbles through drawer]  Hey!  Who took my ray gun!

That would be me.

Would you believe it’s out getting cleaned?

It was a little dirty from the last book you disintegrated with it.

Well, I need to disintegrate another stupid book

– and the stupid author too!

How about you just get rid of he book by giving it away?

You mean maybe she was hit by a stupid ray?

Stupid ray? Is there such thing?

maybe she was hit by a stupid ray.

Were you hit with a stupid ray or something?

No, I don’t think so. But then, the memory erasing serum faded most of the 1990s for me.

If they hit her with a stupid ray, maybe she was being bad?

Did you try to take over the world?

I can’t talk about that. National security and everything, you understand. (That’s part of the reason they gave me the memory erasing serum.) There are things I remember, and things I’d rather forget.

So there is a possibility you are a comrade of world domination, but you just don’t remember! Are you sure you are from this planet?  Have you ever had the odd sensation of floating in a black void with sparkling stars?

Don’t you think these questions are getting a little…personal?

I’m not sure what to do with this one.

On the off chance she’s stupid for a reason, how about we give away a copy of her book?

to give away a book.

Stupid reason for a stupid person?

We’ll give away the stupid book.

There you have it!  Comment below, and try to make poor Denise feel better after all that.

If you’d like to find out more about Denise Moncrief and her books, click on over to  http://www.denisemoncrief.blogspot.com/