Are ya looking for Romancing Your E-Reader?  25 Ebooks Up for grabs!  Click Here to Enter!

Yay!  (I hope)  There is another review scheduled for today!  Please hop on over to Kindle and me http://www.kindleandme.com/2012/12/blog-tour-make-believe-by-ja-belfield.html and let me know what they said!

Why all the hullabaloo? Well, it’s to promote my two new releases “Make Believe” and “For the Love of Christmas”

And don’t forget to click on “Enter to Win” for a chance to win your choice of the two titles! Yay!

Oh, I almost forgot… A few random commentors along the tour path will win their choice of anthologies, too. So be sure to hop on over and say “Hi”

Hop on over and send me some love!

Click on over to see Emily’s interview on Mywithershins

Visit my Anthology buddies!  They are celebrating too! 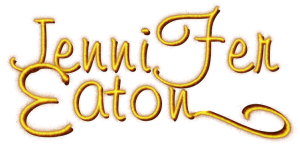 Yay! My First Character Interview! Jump into the head of Emily in Last Winter Red.

Are ya looking for Romancing Your E-Reader? 25 Ebooks Up for grabs! Click Here to Enter!

This was such a hoot! I really hope you enjoy it. Please hop on over and step into the mind of a woman who lives in my Dystopian world of Last Winter Red from the Make Believe Anthology.

Oh! And if you’d like to see Susan’s Review of Last Winter Red, you can check it out Here. Two for the price of one! Yay!

Why all the hullabaloo? Well, it’s to promote my two new releases “Make Believe” and “For the Love of Christmas”

And don’t forget to click on “Enter to Win” for a chance to win your choice of the two titles! Yay!

Oh, I almost forgot… A few random commentors along the tour path will win their choice of anthologies, too. So be sure to hop on over and say “Hi”

Hop on over and send me some love!

Click on over to see Emily’s interview on Mywithershins

Visit my Anthology buddies! They are celebrating too!

Road to Publication #14: Wow! It’s excerpt Time [She quakes with anticipation] Or is that FEAR?

Yay!  I finally have the okay to release an excerpt from my upcoming story Last Winter Red, which will be released December 3rd as part of J.Taylor Publishing’s Make Believe Anthology.

This is super-exciting stuff!

This is the first time I’ve seen my manuscript in a pretty long time, which is a little nerve-wracking, since it’s been in the hands of editors.  I haven’t even approved the finals yet.  **GACK**

Soooo… without further ado, here is the premier of the first 500 words of Last Winter Red.

Enjoy! (This is me, holding my breath) 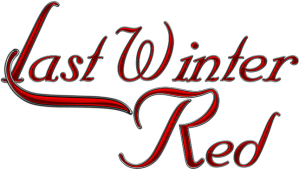 Any less than forty-five vials wouldn’t be enough. Emily tucked the crimson cloth around the containers in her basket and continued down the long, stark corridor leading to Terra’s south exit. As usual, the hallway was empty; no one else would be foolish enough to leave the city, especially a few days before spring when the weather was so unpredictable.

The soft patter of footsteps came as her mother rounded the corner. The woman’s red dress stood out from the white walls and gray ceramic tiles, swishing at her ankles until she stopped. Her eyes narrowed, gaze settling on her daughter’s basket.

Emily continued toward the exit. “We’re not having this conversation again, Mother.”

“You can’t keep going out there. It isn’t safe.”

Emily reached the door and unlatched the lock. “I have to. The people outside need this medicine.”

“But what if you catch the disease?”

Emily sighed and released the latch. “I told you they medicate me each time I go to the village. I’ll be fine.”

Black ringlets fell over her mother’s brow as she shook her head. “You’re my oldest daughter. You should be setting an example, not traipsing around outside with the vermin.”

Pulling her crimson cloak over her hair, Emily tucked in her own dark tresses. “These people need my help.”

“You couldn’t care less about those people. It’s that renegade doctor you’re helping. It always has been.”

Emily lowered her gaze. Her mother knew her all too well. “My husband is dead, Mother. I need to find someone else.”

“That is the duty of the scribes. They’ll assign you another.”

“Who? When? I’m twenty-three years old. You already had four children by the time you were my age. If they were going to find another husband for me, they would have done so. I will not spend the rest of my life alone like a sorry Gray.” Emily struggled against tears threatening to break free. “George is a good man … a doctor and a Red. When his work is done, he will come back with me.”

Emily blinked. “Not in so many words…”

“You are placing your life in danger for something that may never happen.”

“You taught me it’s our duty as Reds to be fruitful … to support the growth of humanity.” Emily quaked with angry resentment. “I have no children to show to the Council. I am nothing. I need to find a new husband.” 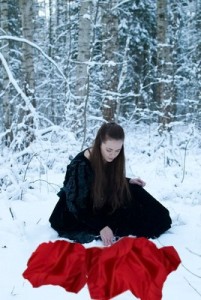 Her mother’s countenance didn’t change, and she offered no words of encouragement.

“I’m going, Mother. And this time, I’m not coming back alone.” Emily pushed the door open. A chill slapped her face.

“What if he’s contracted the disease?”

Emily’s hand tensed on the doorframe. “If he hadn’t been careful, he’d have been dead by now.” She stepped out and slammed the door before her mother could offer further argument.

Whooooosh… Okay, that was me breathing again.

If you liked this, you may want to hop over to see what my lovely and talented co-authors have for you.  They might just have a little excerpt for you to read, too!

Posted in Road to Publication

What silly mistake did you Beta Reader find this week? Mild POV Switches

In writing Last Winter Red (Writing to a Deadline) I had one sentence that I KNEW was a POV switch.  I read it several times, I knew I had to delete it, but I just couldn’t get the feel I wanted without it.  This is the line:

“Sara sat at the end of the table, quietly enjoying the exchange.”

Now, the problem with this line is the entire novelette is written in Emily’s POV.  This, if you’ll notice, is Sara’s POV.  What I wanted to do in this line, is express that the little girl, Sara is excited that her friend Emily is suddenly getting along with her Dad. (She is observing their conversation)

So I decided to leave the line, and sent it out to my beta readers.  Would you believe that five for five of them read right over it?  That is how subtle POV switches can be.

I think she actually cackled… “Ha!  Got you!  POV switch!  You yell at me for this all the time!”

You know what was really funny about this?  After I stopped laughing about her response, I looked at the sentence again, and realized I COULD change it to Emily’s POV and still get what I wanted out of the line.

“Sara sat at the end of the table, smiling quietly.”

Now, that may seem brutally obvious with me just handing it to you on a silver platter, but center that line in the text, and try to keep your overall tone, and a little thing like this is hard to come up with.

Sometimes, you just need to be laughed at in order to kick your brain into high gear.

Of course, I am sure some will complain that you don’t need the word quietly at all, that a smile is naturally quiet, but I like the feel of this.  If it gets red-lined, I will let you know.