Well, I don’t think I can say it any better than the publisher’s quote above.

There was a bully in the Gold Mine Manuscript that really had no concrete tie to the main plotline.  His only reason for being in the story was to have a bully in the Main Character’s “normal” life.

Knowing a little about the plotline after “book one” I do know that the “bully” would have a little more of a role, but overall, he was never really integral to the plot.  The author has even mentioned that although she was sad about it, the removal of this character was actually fairly easy.

Why?  Because nothing he did was deeply tied into the main plot.  When he was gone, the main plot was still solid, and he wasn’t even missed.  In fact, after reading a partial re-write a month or so ago… I have to admit that the story is even tighter without him.

Take a look at each character in your novel and ask yourself.  “How does this character drive the plot forward?”

If you have to make excuses for why the character is there, it is time to re-think them.

Yes, I know this is hard.  I have three in my own story, but I need them for later novels, and I don’t want them to just magically appear.

1. Tome, is the main character’s roommate, but a stand-by and watch character.

2. Kilet is integral to a few scenes but is replaceable.

3. Brandon  is only in one scene that does nothing to draw the main story forward (although it does draw a side-plot forward.  He will make another one-scene appearance in book two, and then he is a very important character in books three and four.)

I did cut down Kilet to a very brief background role by replacing his “lines” with a more major character, but the other two characters are still there.

I know, I know.  Yes, I know what you are thinking…  I am just admitting the mistakes that I KNOW I am making.  The Brandon scene is tied into Matt cutting his hair, and if you’ve been reading for a while, you know how I feel about that scene.  That is why Brandon is still there.

Yeah, I struggle with this stuff, too.

This one made me laugh.  There is a point in the Gold Mine manuscript where a secondary lead character finds out that someone is his father.  His reaction is “You’re . . . my . . . father?” (minor action element for dramatic effect). “My father?”

Now, I actually did not think “Star Wars” when I read it, but there is another element in this story that has since been removed…  My son and I (he also read the manuscript) were talking about this other element, and my husband said:  “She stole that from Star Wars!”  I was thinking it in the back of my head, but he verbalized it very well.

The problem is, Star Wars is not just a story that was written over thirty years ago.  It is a piece of Americana.  There are too many people in the USA, and in the world, who have seen Star Wars… even memorized it.  You simply CANNOT mess with themes like that anymore, unless you are careful. 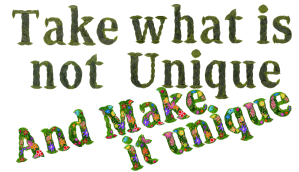 Now, is this to say that no person will ever find out about questionable parentage again in literature?  No, of course not.  However, you need to be VERY CAREFUL when you do it.  Like this publisher stated in an earlier post… Find the uniqueness in what is not unique.

You need to make this your own.  When they read your tear-jerking scene, they should see only your characters in their minds, not Luke laying on that platform and then falling down the shaft.  If an element has been used before, and notably so, work that scene harder than any other scene.  Make sure, without a doubt, that the element is now YOURS.  Make them forget all about Luke Skywalker.

I need some input.  My Bad-guy’s name is “Darkness”.  It didn’t really start out that way.  Darkness was just something to be afraid of, and then he developed into a person, and the name stuck.  I know “Darkness” has been used before.  Do you think it’s cliché?

I’ve also been playing with the name “Malice”  What do you think?

I’m entering the 50-word synopsis contest in a few days.  These are the two versions I came up with, depending on the name.